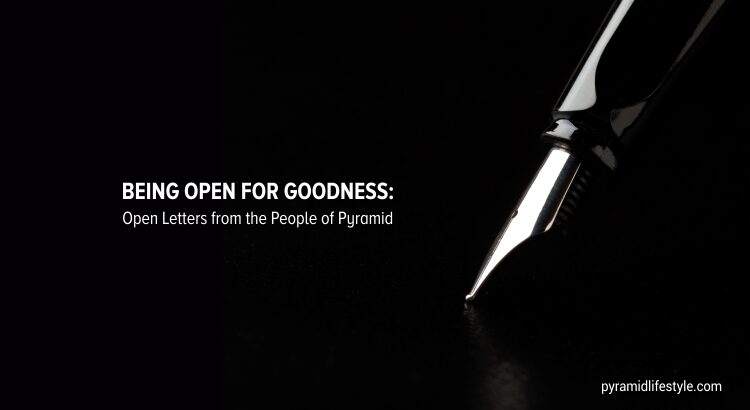 From sparking movements to creating awareness, to opening your hearts, and letting the pen spell it out for you, an open letter is without a doubt, an effective tool to bring attention to something you believe in or say something that you have been meaning to. An open letter is an opinionated piece that can either be a complaint, suggestion, protest or simply a way to share your thoughts. The open letter is often an author’s soapbox that consists of observations, constructive criticism, suggestions, or just simply sharing your admiration. It’s a good way to get concerns, frustrations, or your thoughts out to the general public, because there may be a lot of readers who agree with the opinions in the letter or identify with the author. It is intended to be read by a wide audience and can be directed towards a particular individual, but that is nonetheless widely distributed intentionally through newspapers and other media. They can also be addressed directly to a group rather than any individual. Here are a few open letters that speak out their minds out!

Here’s what Mr. Rutvik Joshi had to say about his favorite Marvel character:

The infamous Russian spy turned Shield Agent; you’ve had quite the journey. And we respect you for that. You wanted to remove red from your ledger your whole life and hence you owed everything you had to SHIELD. This did bring you close to Nick Fury but he knew better than just to use you as an expendable agent. He taught you how to work with a team until you met The Avengers.

This was your life now, you cared for each member as a family and always had their best interest in your heart. You felt at home when you were with them, which was taken away from you in The Red Room.

Of all the team, we could connect with you the most because even if you were a skilled assassin, this wasn’t the life you wanted. You were more than that and your ultimate sacrifice only brought you closer to us. You didn’t deserve that, any of that at all but you had people who really cared for you. This letter is a heartful gesture of respect you have gained from us. You showed the world that whomever you choose to be, you can always find good in your heart and you must follow that instinct.

We thank you and we’ll keep you in our minds forever.

Compliments to the Chef!

Speaking her heart out, here’s what Ms. Himanshi had to say about a chef that inspires her:

This letter I write to you, to show my respect for what you’ve done for the modern culinary world. Your struggle and hard work have inspired many young and old hearts alike, to show that it’s never late to follow your passion.

I know you wanted to be a footballer but due to an injury, you had to shift to the culinary side, however, you are now one of the best chefs ever on this planet. This shows that you can achieve something if you truly believe in it and take inspiration from it every day.

You are one of the reasons I want to become a chef and for that, I extend my wholehearted gratitude.

From an Amy to The Amy!

Proud to be one, here’s how Mr. Pratyush Sharma open his heart out to the Santiago we all know and love:

I hope this letter finds you in great spirits, Amy. I am one of your biggest admirers and I’d like to tell you why.

Did you know that you’ve made it SO much cooler to be a nerd in this world? Being called “an Amy” has to be one of my biggest flexes so far. I’ll always remember how you’d tackle a problem and try to do it that way because I know it works! Thanks a ton, to show the world that anyone can be an Amy and be proud of it.

Lots of love to Jake and Mac

At Pyramid Lifestyle, apart from the brilliant innovation and purity, we bring our residential and commercial projects, we’re always open for goodness. We encourage you to continue speaking your hearts out because we’re here for you and we hear you! Visit www.pyramidlifestyle.com to learn more about us and get in touch freely!

Registration
Fill up the form below to avail the offer